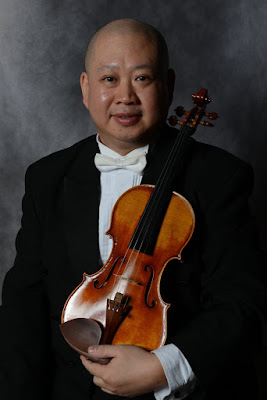 Yun Zhang began his violin studies under the tutelage of his father at the age of three and gave his first public performance when he was five years old. While studying in the renowned Shanghai Conservatory of Music, Yun Zhang was awarded the Fu Cheng Xian Memorial Scholarship for excellence in performance and artistic potential. In 1998, he arrived in Bloomington to study with Henryk Kowalski and Stephen Boe, the former teaching assistants of Josef Gingold at the Indiana University. In the 2001-2002 season, Yun Zhang was a recipient of the prestigious Helen F. Whitaker Fellowship and served as the concertmaster for the Civic Orchestra of Chicago under the direction of conductors Daniel Barenboim, Pinchas Zukerman, David Robertson, Anne Manson, William Eddins, Cliff Colnot, Giancarlo Guerrero, and Duain Wolfe. In 2002, Yun Zhang joined the Virginia Symphony Orchestra as Associate Concertmaster. He has performed frequently in recitals and chamber music series throughout the United States and Asia. Recent solo appearances with the Virginia Symphony Orchestra include the “Butterfly” Violin Concerto, Brahms Violin and Cello Double Concerto, Beethoven Violin Concerto, Haydn Symphony Concertante, and Mozart Violin Concerto in D major. His performances have been broadcasted on Classical 88.7 FM of Indianapolis, WFMT Radio Network of Chicago, WSVH of Savannah, Georgia and WHRO of Hampton Roads, Virginia. Yun Zhang is active in teaching. He holds the positions of guest professor of violin at Yunnan Arts Institute in China and the artist in residence at Christopher Newport University. 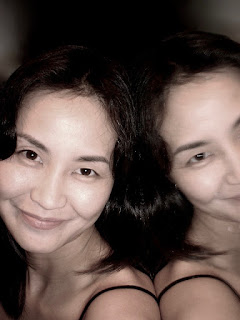 Seiko (Sato) Syvertsen grew up in a music-loving family who listened to not only classical music, but all different kinds of music, such as jazz, big band, and the Argentina Tango.

Ms. Syvertsen started piano lessons at age 5, violin at age 7, and music dictation/solfeggio
at age 10. During her senior year at Kyoto City University of Arts & Music in Japan, she was
invited to the Tanglewood Music Festival as a scholar of the Festival Orchestra conducted by Leonard Bernstein, Seiji Ozawa, Oliver Knussen, and Leon Fleisher, and to join their European tour.
After receiving her Bachelor of Music in Kyoto, she moved to the United States to enter the Jacobs School of Music at Indiana University and studied violin with Yuval Yaron. She studied string quartets with Rostislav Dubinski, who was a member of Borodin Quartet. While she was working on a Master of Music degree, Ms. Syvertsen started her career as a orchestra player, and started having more passion for larger ensembles. She auditioned for the Civic Orchestra of Chicago and was chosen by the concertmaster and a principal violinist of Chicago Symphony to be its concertmaster of two seasons. Besides performing there under the baton of Daniel Barenboim, Sir George Solti, Pierre Boulez, Placido Domingo, and Pinchas Zukerman, Ms. Syvertsen also received a full scholarship from the Music school of DePaul University of Chicago. There she received a Performer Diploma. She also served as a concertmaster for the University Orchestra, took violin lessons with Joseph Genualdi, viola lessons with Rami Solomonow, and was chosen to be their concert soloist. After a short period of time serving as an assistant concert master for the South Bend Symphony, Ms. Syvertsen joined the Virginia Symphony and resides in Chesapeake, Virginia with her husband, two boys, and a Boston terrier, “Fenway”. 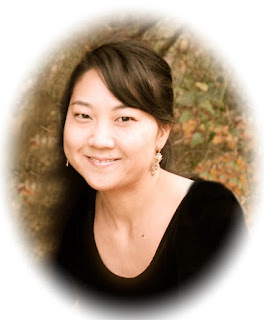 Satoko Rickenbacker, violist with the Virginia Symphony Orchestra since 2003, began studying violin and piano at an early age while attending Kunitachi College of Music in Tokyo, Japan. She earned an honor scholarship to study violin in Austria with Ruggiero Ricci at Mozarteum University of Salzburg. She later moved to New York to study with Lewis Kaplan and Rebecca Young at the Mannes College of Music while completing her master’s degrees in Violin and Viola Performance.
After graduation, she continued to study viola with Nobuko Imai and Roberto Diaz. In 1999, She served as principal violist with New World Symphony where she performed Bartok's Viola Concerto as the winner of the NWS concerto competition. She has also participated at the Pacific Music Festival, Tanglewood Music Center, Verbier Festival and collaborated with numerous artists such as Yo-Yo Ma, Claudio Abbado, Seiji Ozawa, Yuri Bashmet, Itzhak Perlman and Bobby Mcferrin. Satoko Rickenbacker has also appeared with the Boston symphony Orchestra and Cleveland Orchestra .
As a passionate Chamber Musician, Satoko has performed chamber music throughout United States, Europe and Asia. She was also featured on CNN headline News at the Rialto.  She has performed as guest principal viola with the Amarillo Symphony Orchestra with Mark O’Connor and Joel Smirnoff. In addition to performing, She is an accomplished teacher. Satoko has taught masterclasses and coaching sessions for many schools in the Hampton Roads Area including the College of William & Mary.
Currently, Satoko is professor of Viola at Christopher Newport University as well as violin instructor at Chesapeake Montessori School. Satoko also performs as piano accompanist for Susan Hines' cello studio. 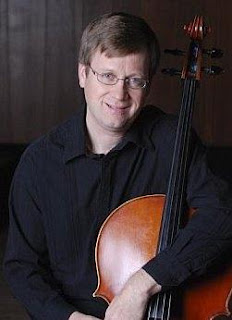 Michael Daniels began studying the cello at age 12 in Spartanburg, South Carolina, and continued further studies at the Brevard Music Center, in Brevard, North Carolina. He later received his Bachelor's and Master's degrees from the Cincinnati College-Conservatory of Music. While in Cincinnati, Mr. Daniels was a member of the Dayton Philharmonic and performed with the Cincinnati Symphony, the Cincinnati Ballet Orchestra, and the Cincinnati Symphony Pops. He has been a member of the Swannanoa Chamber Music Festival, a faculty member at the Brevard Music Center, and a participant in the Grand Teton Summer Music Festival. He is also a founding member of the Adagio Trio (harp, flute, and cello), which has produced four seasonal CDs: Stillpoint, Sanctuary, Evensong, and Winter Gift. Mr. Daniels has performed as soloist regularly with the Virginia Symphony. His solo appearances include the Saint-Saens Concerto in A minor, Haydn Cello Concerto in C, Beethoven Triple Concerto, and duo performances with Bobby McFerrin of the Vivaldi Double Cello Concerto. He has also performed chamber music concerts with Robert McDuffie, Anthony Newman, Awadagin Pratt, and Nadja Salerno-Sonenberg, and the Miami String Quartet. Mr. Daniels is currently the principal cellist of the Virginia Symphony.